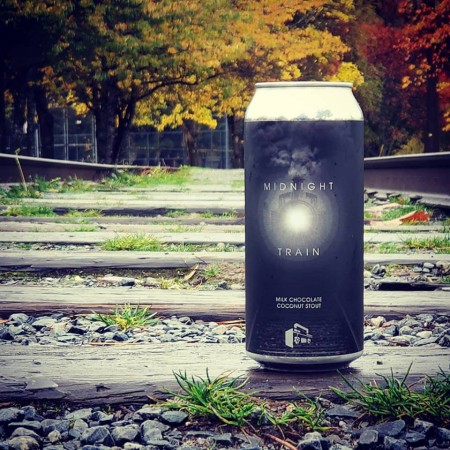 VANCOUVER, BC – Contract brewing operation Boombox Brewing has announced the return of an old favourite from the project’s original run at Callister Brewing.

Midnight Train (8.8% abv) is a Milk Chocolate Coconut Stout that is “brewed with oat flakes, lactose milk sugar and cocoa powder [and] conditioned on a massive amount of coconut, and espresso beans.”