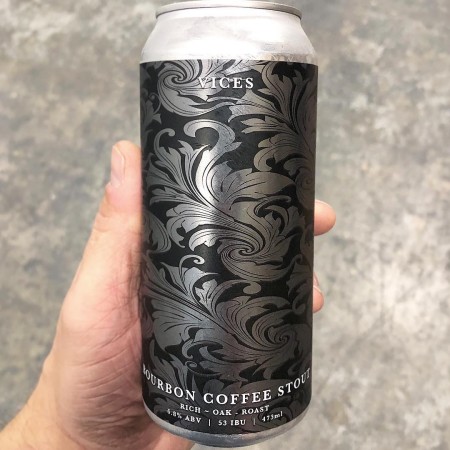 VANCOUVER, BC – Powell Brewery has announced details of its next limited edition beer release.

Vices (6.8% abv, 53 IBU) is described as “an export stout that was brewed with the addition of coffee from Agro Roasters and aged with oak chips soaked in Evan Williams bourbon.”

Vices was released last Friday in cans and on tap in the Powell tasting room and retail store, and cans will be distributed to local private liquor stores starting today.