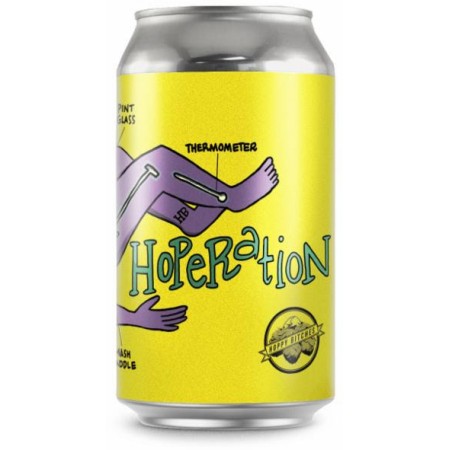 GUELPH, ON – Wellington Brewery has announced the release of a new collaboration with local women’s beer group Hoppy Bitches.

Hoperation IPA (6% abv, 45 IBU) was brewed with the addition of beets, and is described as a “hazy, deep blush IPA with dry notes of stone fruit.”

Hoperation will be released on Friday November 9th in 355 ml cans at the Wellington Brewery retail store, with pre-orders available now via the brewery’s online shop. 25 cents from each can sold will go to support Girls Rock Camp Guelph.