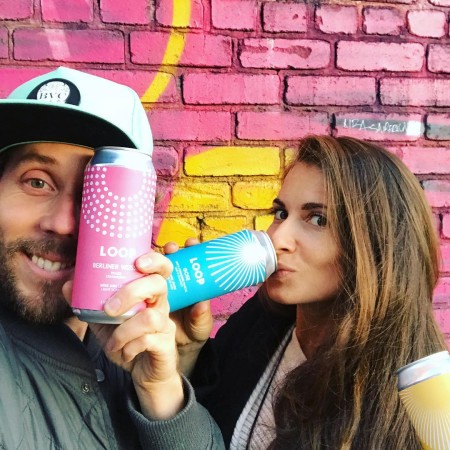 MONTREAL, QC – In what seems to be an increasingly popular trend, LOOP Mission – a Montreal company specializing in juices made with “imperfect” fruits and vegetables – has announced the launch of a line of beers that feature another often wasted foodstuff as a primary ingredient.

LOOP Beer is being under contract at Brasserie New Deal in Boucherville using stale bread from a local bakery that would otherwise be discarded. Each batch uses approximately 1.5 tonnes of crumbled bread, the equivalent of 75% of a slice for each can produced.

The first LOOP Beer is a Strawberry Berliner Weisse (3.5% abv) which was launched yesterday during an event at Montreal’s Decade Building. It’s described as follows:

Berliner Weisse, it’s hard to pronounce but it’s easy to drink. And if you add some juicy ripe strawberries, you get a cotton candy color beer that will make summer last until next spring. Sour, honest, with a dry final touch and a fresh wheat aroma.

Future LOOP Beer releases will include Lime & Cilantro Gose and Lemon & Ginger Saision, and all the brands will be available at select bars, restaurants, and grocery stores in Quebec.