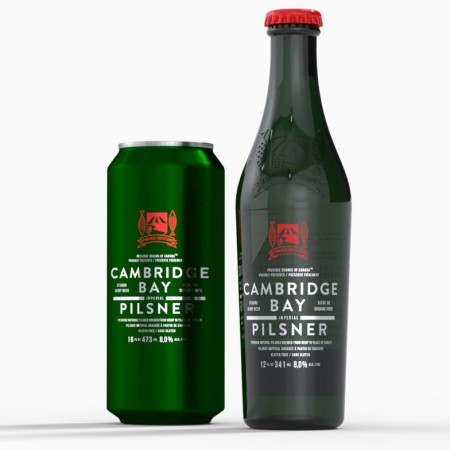 TORONTO, ON & WHITEHOUSE, YK – Province Brands of Canada has announced that it is partnering with Yukon Brewing to release what they are touting as “the world’s first beer brewed from the cannabis plant.”

Cambridge Bay Imperial Pilsner (7% abv) will be brewed without barley or other grains. Instead, fermentation will take place using the sugars mashed from the stalks, stems and roots of food-grade hemp plants.

No cannabis flowers or seeds will be used in the brewing process, and the beer will not contain any THC or other intoxicants from the cannabis, making it legal under the current Cannabis Act which restricts the sale of edible cannabis products. However, Province Brands is also developing a process to brew alcohol-free beer that will intoxicate using phytocannabinoids, and will release it to market if or when the restrictions on edibles are lifted.

Described as “complex, full-bodied and with unique cannabis undertones due to the novel source of its fermentable sugars,” Cambridge Bay Imperial Pilsner will be launched in the Yukon in the first half of 2019, with a roll out to other regions of the country planned to follow later in the year.