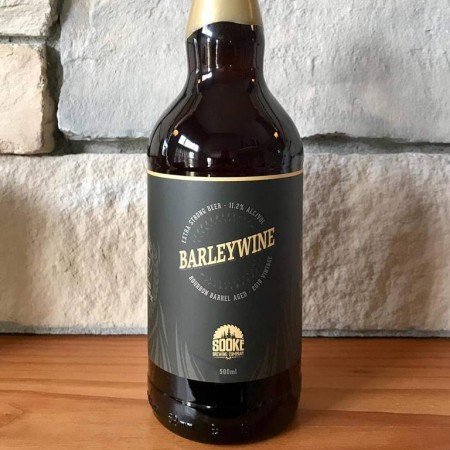 SOOKE, BC – Sooke Brewing Company has announced that an award-winning strong ale is now available as the brewery’s first bottled beer release.

Barleywine (11.2% abv) took the Bronze medal in the Strong Ale category at the 2018 BC Awards, and is described as follows:

The strongest of the brewing styles, this beer is resinous with the rich malt character of the barley that was 100% grown and malted on Vancouver Island. Its long aging period in bourbon barrels provides bourbon sweetness and notes of vanilla from the oak of the barrels.

Sooke Barleywine is available now in a limited run of 500 ml bottles at the Sooke Brewing retail store.