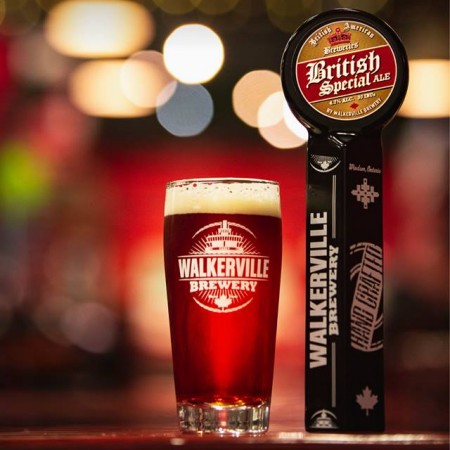 WINDSOR, ON – Walkerville Brewery has announced the release of the latest in its Heritage Series of beers that pay tribute to Windsor’s brewing past.

British Special Ale is a homage to one of Windsor’s original six breweries – British American Brewery. British Special Ale is brewed from 100% malted grains and is kettle hopped with traditional English aroma hops; East Kent Goldings and Fuggles. An easy drinking beer that is a light copper colour with a rich creamy foam, it has a malty, caramel palate and delicate hoppy nose from the traditional English aroma hops.

British Special Ale will be launched tomorrow (November 9th) at 4:00 PM in the Walkerville Brewery taproom, where it will be available by the glass, and in growlers and stubbies to go.