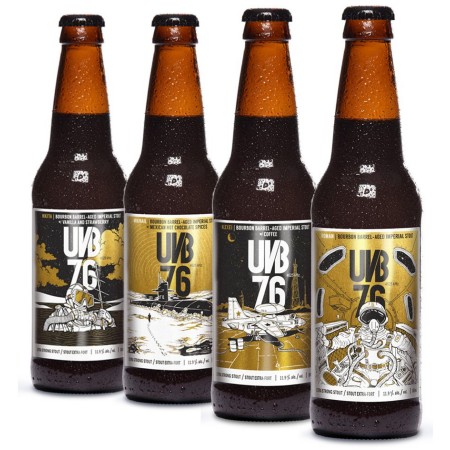 GUELPH, ON – Wellington Brewery has announced details of a second annual set of bourbon barrel-aged imperial stouts that are due for release later this month.

UVB-76 (11.9% abv) takes its name from a mysterious shortwave radio station that broadcasts a repeating buzz tone that is occasionally interrupted by a voice in Russian that includes many names in its messages.

The series debuted last year with four beers released as part of Wellington’s 2017 DecemBEER promotion. For 2018, two of last year’s versions – Roman (straight bourbon barrel-aged) and Mikhail (Mexican hot chocolate style with cinnamon, cocoa, vanilla, and spicy chillies) – will be returning, and will be joined by two new variants – Nikita (Neapolitan style with vanilla beans and strawberry) and Alexei (coffee).

The beers can be pre-ordered now via Wellington’s online store, and will be released at the brewery on Saturday November 24th with a launch event that will feature eight further versions available exclusively on draught. For more details, see the full event announcement.