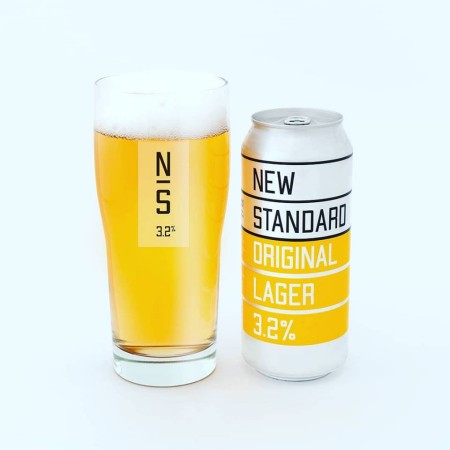 TORONTO, ON – A new contract beer company aimed at “Adults who Adult” has been launched in Toronto.

New Standard Beverages has been founded by Dave Martin, a resident of the city’s Leaside neighbourhood, who says that his target market is “‘grown-ups’, parents, adults – people who want the reward of socializing and some drinks, but still have real-life responsibilities – jobs, kids, house-work.”

To that end, the first New Standard brand is Original Lager (3.2% abv, 25 IBU), a lower-alcohol offering that is described as follows:

Our all-natural signature beer is made with premium malts and aged longer to ensure we hold true to our commitment of great taste and full body. Golden in colour, multiple hops give it a pleasant floral aroma with a malty body and balanced, smooth finish.​

New Standard Original Lager is available now at several bars and restaurants including The Rebel House, Leaside Pub, and The Local Leaside. LCBO and grocery store distribution is planned to follow in December.