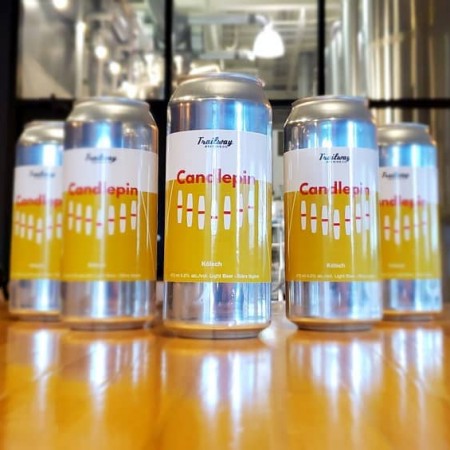 FREDERICTON, NB – TrailWay Brewing has announced the release of a new beer brewed exclusively for the Bowl-a-Drome, a bowling alley that the brewery has recently purchased and will be renovating in the new year.

A soft and delicate style, showcasing the delicious subtleties of German Pilsner Malt, German Hallertauer Mittelfrüh hops, along with a German ale yeast strain. Pours a clear pale golden, with a massive rocky white head, the malt provides a fantastic sweetness that is balanced by an attenuated fermentation and a low but present hop character.

Candlepin Kolsch is available now exclusively at TrailWay Brewing and the Bowl-a-Drome.