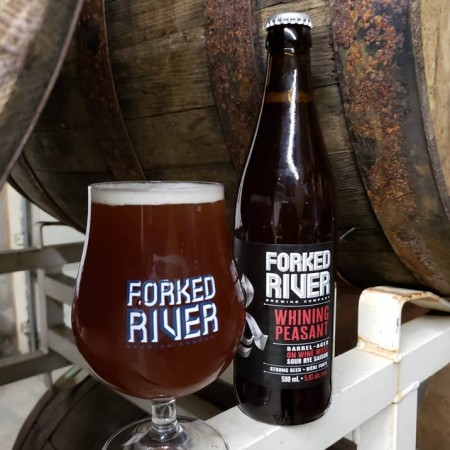 LONDON, ON – Forked River Brewing has announced the release of a new limited edition beer.

Whining Peasant (5.9% abv) is a variant of the brewery’s popular Grumpy Peasant – a sour rye saison aged in a red wine barrel – which has been enhanced with the addition of Merlot grape must during the aging.

Whining Peasant was released this past weekend and is available in 500 ml bottles at the Forked River retail shop and online store while supplies last.