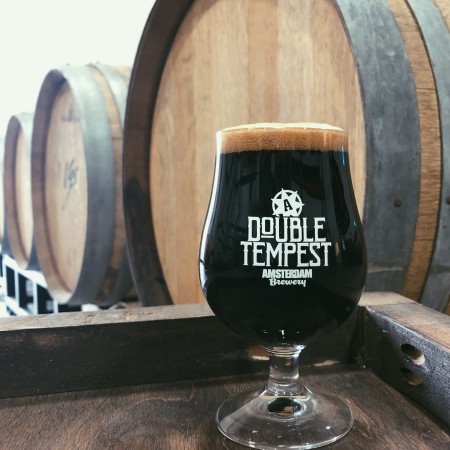 The 6th annual edition of the multiple award winning beer has been aged in Woodford Reserve Double Oak bourbon barrels, and will be released on Saturday November 17th at 11:00 AM in the retail stores at the main Amsterdam Brewery (45 Esandar Drive) and the Amsterdam Brewhouse (245 Queens Quay West).

A free admission release party will take place at Amsterdam Brewhouse that day featuring Double Tempest and other new and rare beers on tap, food pairings, and more.

A ticketed preview event will be happening at Amsterdam Barrel House (87 Laird Drive) on Friday November 16th at 7:00 PM, featuring an exclusive taplist, paired hors d’oeuvres, a guided tasting, and a take-home gift pack with a bottle of this year’s Double Tempest.