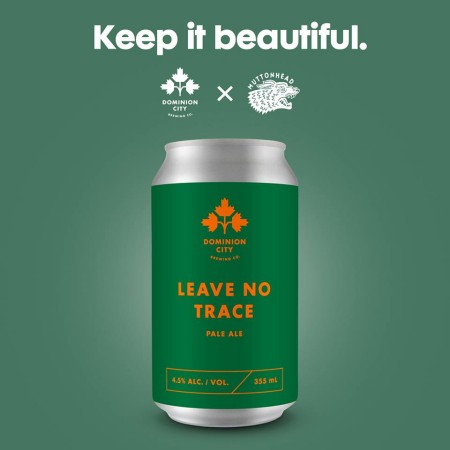 OTTAWA, ON & TORONTO, ON – Dominion City Brewing has announced details of an upcoming beer being released in partnership with Toronto-based clothing company Muttonhead.

Leave No Trace Pale Ale (4.5% abv) was “brewed with pilsner malt, spelt and oats and generously hopped with Azacca and Belma.”

Leave No Trace will make its official debut during a launch party at Bar Hop Brewco (137 Peter St., Toronto) on Thursday December 6th starting at 4:00 PM. Six taps will be pouring Dominion City beers, and the two companies will also be launching a new line of Canadian-made unisex clothing.