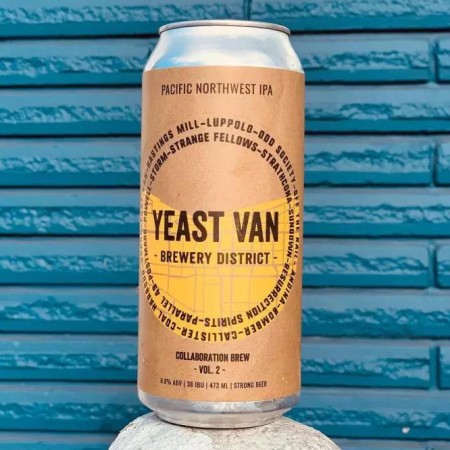 VANCOUVER, BC – The brewers and distillers clustered in an East Vancouver neighbourhood that has become known as the Yeast Van Brewery District have announced the release of their 2nd annual collaborative beer.

Described as being “hopped with Comet, Cascade, Centennial, and Chinook for a nice fruity and floral aroma and taste,” the beer is available now in 473 ml cans at Bomber and select private liquor stores. Partial proceeds will be donated to local food banks.

Source & Photo: Bring Your Porter to the Slaughter