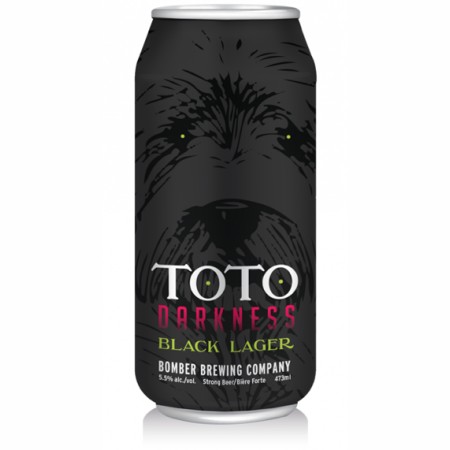 VANCOUVER, BC – Bomber Brewing has announced the release of its fifth annual holiday beer in support of local production company Theatre Replacement and performance venue The Cultch.

Toto Darkness Black Lager (5.4% abv, 22 IBU) has been released in conjunction with Theatre Replacement’s production of East Van Panto: The Wizard of Oz, which runs November 28th to January 6th at The Cultch’s York Theatre. It’s described as follows:

Brewed with Northern Brewer hops, Midnight Wheat, and ‘München-kin’ malts, Toto Darkness is a crisp, refreshing lager with just the perfect amount of wickedly dark, roasted deliciousness. Get one before somebody drops a house on you.

Toto Darkness is available now at the Bomber tasting room and retail store in 473 ml cans and on tap while supplies last. Partial proceeds will be donated to Theatre Replacement and The Cultch, and each can includes a promotional code that can be used for discounted tickets to East Van Panto.