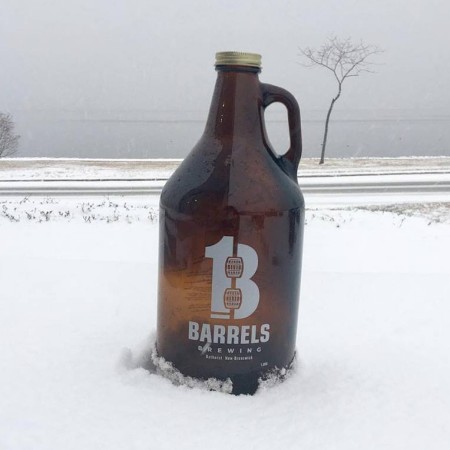 BATHURST, NB – A new brewery and taproom built from the ground up is opening today in Bathurst, New Brunswick.

13 Barrels Brewing has been founded by spouses Margot and David Young, along with head brewer Ben Doucet, previously at Picaroons in Frederiction.

Situated on the waterfront in the northern New Brunswick city, 13 Barrels is named for an event in the 1920s when local barber and prohibitionist  Joseph Gammon led a group of residents to shut down a bootlegging operation and seize 13 barrels of alcohol.

While details of the beers that will be available at opening have yet to be announced, reports have indicated that the brewery will have three core brands and various seasonals, and will also pour beer from other New Brunswick breweries in its taproom.

13 Barrels Brewing is located at 830 Harbourview Boulevard in Bathurst, and will be open today (November 22nd) from 4:00 PM to 9:00 PM. Regular business hours as expected to be announced soon.