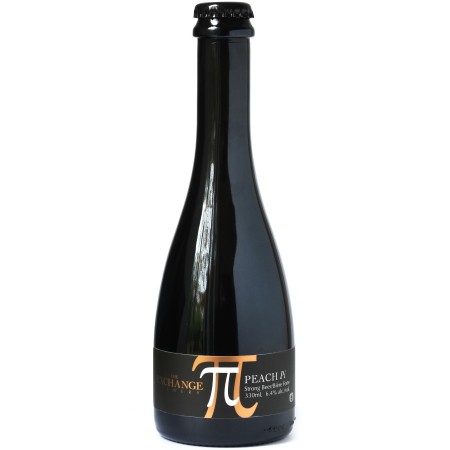 NIAGARA-ON-THE-LAKE, ON – The Exchange Brewery has announced that the latest in a rotating series of sour beers is now available at the LCBO.

This Blonde Ale began with a short lactic fermentation in the kettle, before its journey to wine barrels. It was aged on a generous amount of peaches with cinnamon bark, vanilla beans and a touch of Brettanomyces.

Peach Pi now available in 330 ml bottles at select LCBO stores in Ontario. It will rotate out of the listing and be replaced Flanders Red in early 2019.