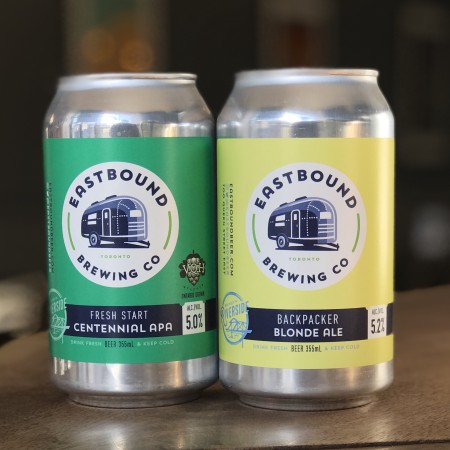 TORONTO, ON – Eastbound Brewing has announced the release of two new beers.

Backpacker Blonde Ale (5.2% abv) is a “flavourful, biscuity blonde with a nice crisp finish and a touch of sweetness from the addition of honey malt.”

Both beers are available now on draught and in 355 ml cans at Eastbound while supplies last.