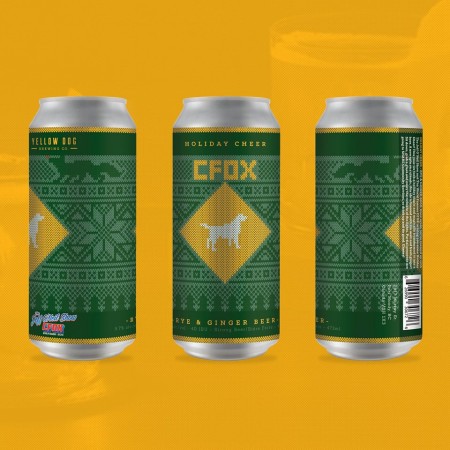 PORT MOODY, BC – Yellow Dog Brewing has announced details of its 3rd annual holiday charity beer released in collaboration with The Jeff O’Neill Show on CFOX.

Rye & Ginger Beer (5.7% abv) is described as “a holiday staple magically transformed into a beer, this ale is brewed with rye malt and fresh ginger.”