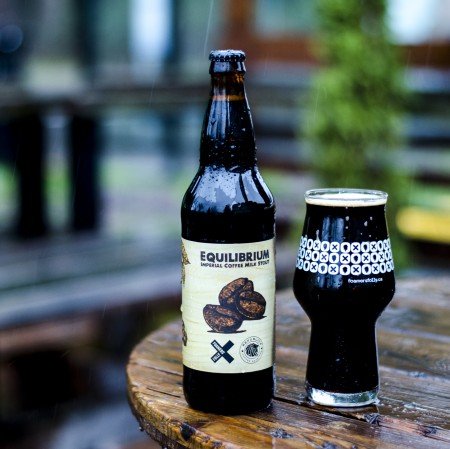 A balanced blend of roasted malt, creamy espresso, rich chocolate, and sweet lactose creates this dark and delicious delight. Brewed in collaboration with Republica Coffee Roasters to provide beer and coffee drinkers the best of both worlds.

Equilibrium will be available on tap and in 650 ml bottles, with a launch party taking place at the brewery on Thursday December 6th starting at 4:00 PM. For more details, see the Facebook event listing.