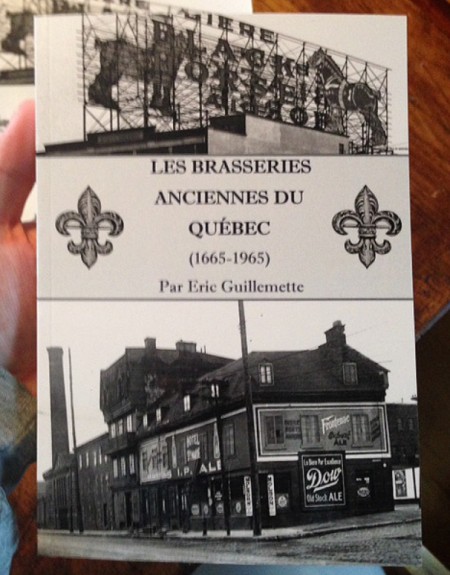 CHAMBLY, QC – A book exploring three centuries of beer and brewing in Quebec is now available to order.

Les Brasseries Anciennes du Québec (The Old Breweries of Quebec) by Eric Guillemette is a self-published book described as follows by its author:

A bold exercise spanning three hundred years of Quebec history, from the commencement of brewing in 17th century New France to the large industrial concerns of the 19th and 20th centuries, some of whom still resonate today. This 300 page volume is a treasure trove of classic and obscure Quebec brewery artifacts and advertising with over 500 images to titillate and delight the reader. A must for all serious Canadian breweriana collectors or those who simply enjoy the historic graphic artistry which even today is woven into the fabric of Quebec society.

While the text of the book is in French, the majority of the content is made up of photos and images of bottles, labels, advertisements, and other breweriana, making it easy to enjoy even for English-only readers.

Les Brasseries Anciennes du Québec can be ordered directly from Guillemette for $40 plus shipping. For more details, email ericguillemette@hotmail.com.