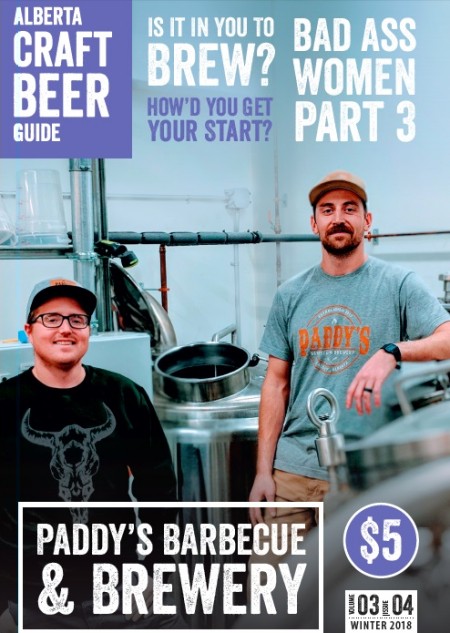 EDMONTON, AB – The Winter 2018 issue of the Alberta Craft Beer Guide, a quarterly publication covering the craft brewing scene in the westernmost prairie province, is being released next week.

Contents of this new edition – numbered Volume 3, Issue 4 – include:

Launch parties for the new issue will be taking place at Brewsters Oliver Square in Edmonton on Monday December 10th at 5:00 PM, and Paddy’s BBQ & Brewery in Calgary on Thursday December 11th at 4:00 PM. Click the links for more details and to order tickets.

The Alberta Craft Beer Guide is available at breweries, liquor stores, bars and beer events throughout Alberta, and via subscription on the magazine’s website. For more information, see the magazine’s Twitter feed and Instagram account.