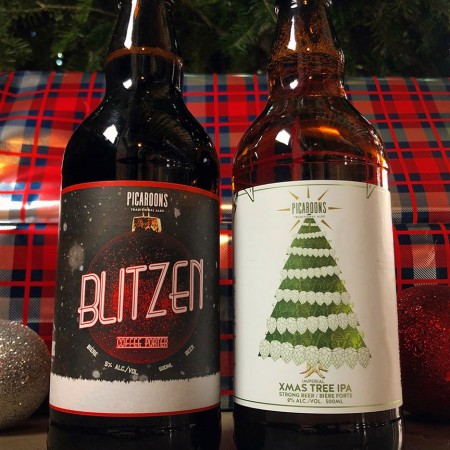 FREDERICTON, NB – Picaroons Traditional Ales has announced the return of two seasonal favourites for the holidays.

Blitzen Coffee Porter (5% abv) is described as “a rich, dark and decadent coffee porter with notes of vanilla and hazelnut that’s all wrapped up in a silky smooth mouthfeel.”

Xmas Tree IPA (8% abv) is a special edition of the brewery’s ongoing Pivot IPA series, and is “brewed with heaping amounts of local spruce tips [along with] generous amounts of Simcoe and Chinook hops creating a fruity, resinous, and very festive IPA.”

Both beers are available now in 500 ml bottles at Picaroons Roundhouse and Brewtique in Fredericton, and will be rolling out to other Picaroons locations and select ANBL stores throughout the week.