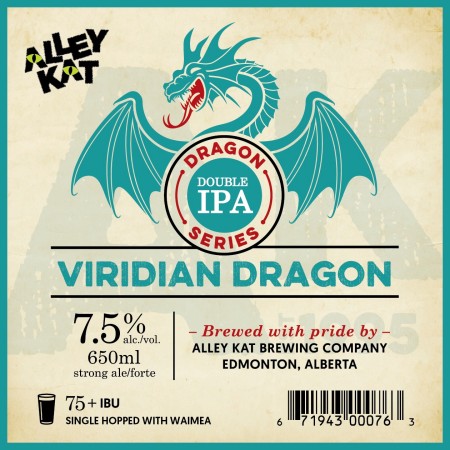 EDMONTON, AB – Alley Kat Brewing has announced details of the next instalment in the Dragon Series of limited edition Double IPAs.

The powder-teal colour references the fresh-crushed citrus aroma and flavour provided by the Waimea hops, which finishes with pronounced bitter pine on the palate, as a proper Dragon should.

Viridian Dragon will be launching tomorrow (December 6th) in a limited run of 650 ml bottles at the Alley Kat brewery store and select liquor stores and bars in Alberta while supplies last.