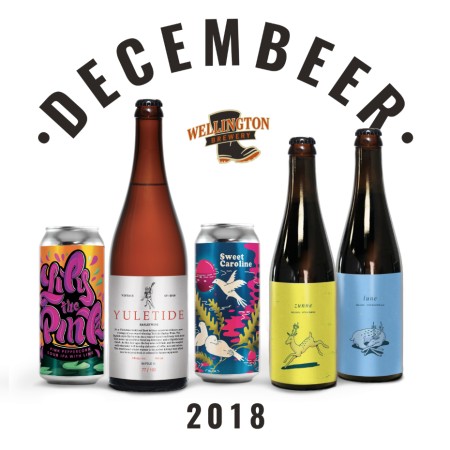 GUELPH, ON – Wellington Brewery has announced details for this year’s edition of DecemBEER, a series of limited edition and one-off beers to be released in the weeks leading up to Christmas.

Now in its sixth year, the 2018 series features the following beers:

All of the beers will be sold exclusively at the Wellington retail store and online shop. For more information, see the full announcement on the Wellington Brewery website.