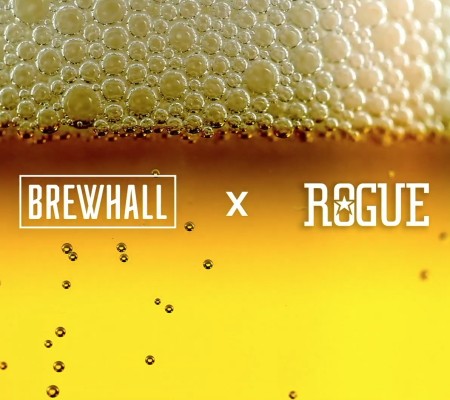 VANCOUVER, BC – BREWHALL has announced the release of a new beer created in collaboration with the iconic Oregon craft brewery Rogue Ales.

Hazy Borders Double IPA (8% abv, 60 IBU) – named “to represent the style as well as the power of ‘breaking down the borders of the north and south’ to bring people together and build connections” – is the first ever collaboration between Rogue and a Canadian brewery, and is described as follows:

Hazy Borders is a northeast style IPA that was double dry-hopped with Sabro, Bru-1 and Topaz hops, giving it a massive aroma of pineapple, coconut and mango. This juicy aroma is backed by a full-bodied malt profile.

Hazy Borders is on tap now at BREWHALL. For more details, see the brew day video below.