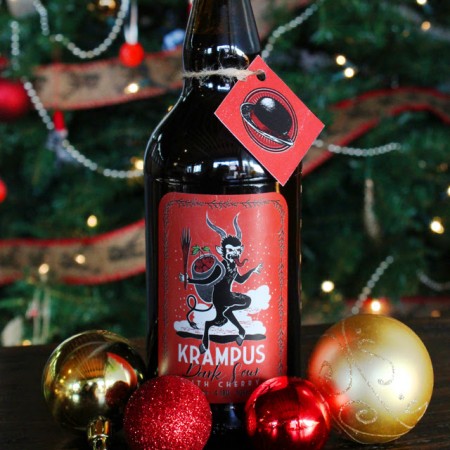 TORONTO, ON – Muddy York Brewing has announced the release of a new holiday seasonal beer.

Krampus (6% abv, 4 IBU) is a dark sour ale with cherry that is named after everybody’s favourite child-stealing Christmas demon. It’s described as follows:

Krampus Dark Sour With Cherry won’t steal your children, but you might be tempted to snatch every bottle for yourself. Dark and roasty, this tart ale has a pronounced sour cherry flavour with hints of mulled wine.

Krampus will be released tomorrow (December 8th) in 500 ml bottles and on tap at the Muddy York Brewing taproom. It can also be ordered now via the brewery’s online shop.