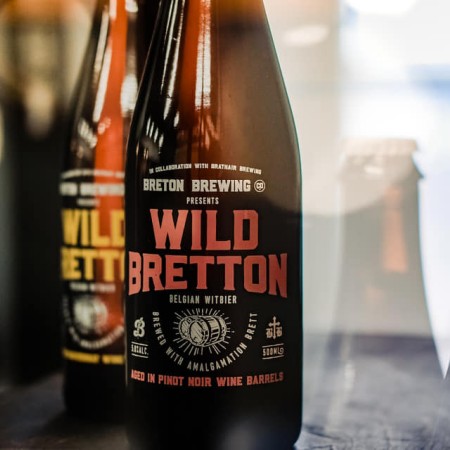 SYDNEY, NS – Breton Brewing has announced the launch of a new Signature Series of barrel-aged beers, with the first release brewed in collaboration with local brewbrewers Brathair Brewing.

Wild Bretton is a Belgian Witbier co-fermented with Amalgamation Brett and aged in Chardonnay and Pinot Noir wine barrels. This beer conveys a light body and a tart lemony finish while offering complex yet refreshing characteristics. Brewed with coriander and orange peel, Wild Bretton will be sure to capture your attention!

Wild Bretton is available now in 500 ml bottles at Breton, and soon at private liquor stores in Nova Scotia.