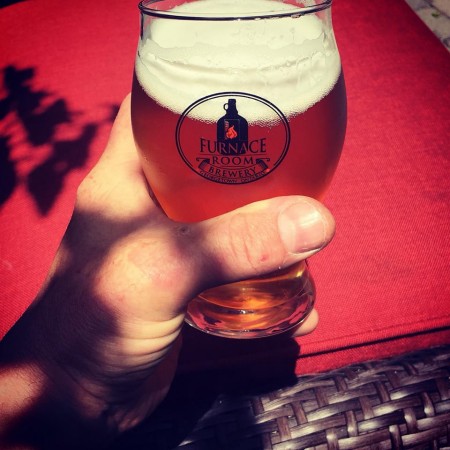 GEORGETOWN, ON – A new brewery named in honour of the place where its founders began their brewing adventures will be opening later this week in Georgetown.

Furnace Room Brewery has been founded by longtime friends Jeff Sandifer and Mike Glockner, both of whom set up homebrewing systems in their basement furnace rooms a decade ago, and have now gone pro with the assistance of partners Mike Dykstra, Trent Chalecky, and Steve Leggat.

Located at 1 Elgin St. adjacent to the Georgetown GO Station, Furnace Room will be opening with four core brands named after places and people from the history of the area, including Dynamo Cream Lager, Breadmore Kölsch-Style Ale, Wright House Red Ale, and Chicken Man Pale Ale.

Furnace Room Brewery will be opening on Friday December 14th at 11:00 AM, and will have beer available to sample on tap and in cans to go. Ongoing business hours are expected to be announced soon.