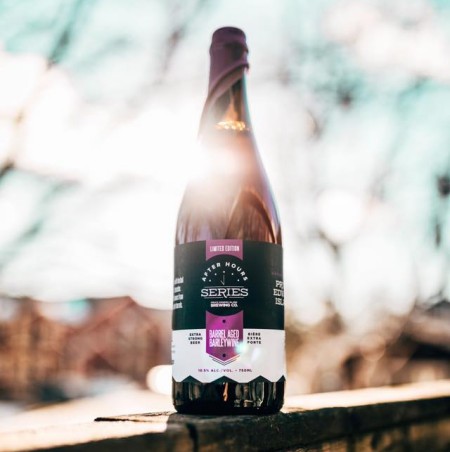 CHARLOTTETOWN, PE – PEI Brewing has announced the release of of the latest in its After Hours Series of limited edition beers.

Our Barrel Aged Barleywine has a rich sweet taste, mild carbonation, and balanced bitterness. The sweet and toasty herbal English hops and fruity yeast character are overlaid with vanilla and wood flavours from extended aging in Kentucky bourbon barrels.