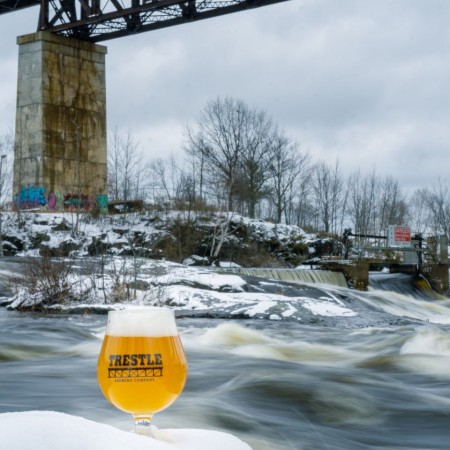 PARRY SOUND, ON – Trestle Brewing has announced the release of a new seasonal ale for the cooler months.

As the change of seasons is now well underway we brewed this beer with a nod to all things Canadian. It starts with a base of Canadian grown pilsner malt, pale malt, wheat malt and flaked rye for a creamy mouthfeel. We then selected Ontario grown Cascade hops from Highland Hop Yard in Meaford that were freshly pelletized to provide a bitter and floral citrus character that blends seamlessly with the farmhouse yeast.

Ice Crocodile is available now at the Trestle Brewing taproom and retail store, and can also be ordered online.