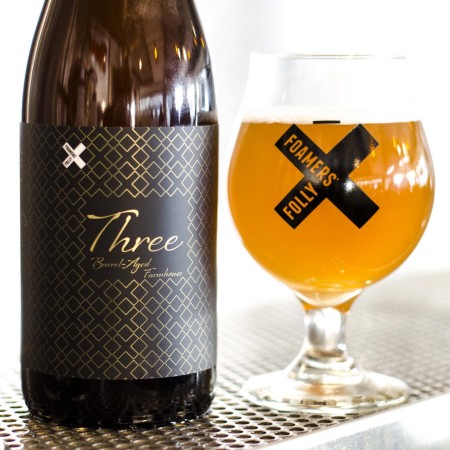 PITT MEADOWS, BC – Foamers’ Folly Brewing has announced details of an event to mark its 3rd anniversary, as well as the release of a special beer for the occasion.

Three (7.5% abv, 8 IBU) is a barrel-aged farmhouse ale with the following tasting notes:

This farmhouse ale was fermented with a blend of Belgian ale yeast, brettanomyces, and lactobacillus, and aged for one year in American and French oak red wine barrels, then aged on plums. This beer is effervescent and boasts flavours of red grape, white wine, earth, and heavy oak.

Three will be released in a limited run of 750 ml bottles that will go on sale this Saturday December 15th at 4:00 PM during the anniversary party at the brewery. For more details, see the Facebook event listing.