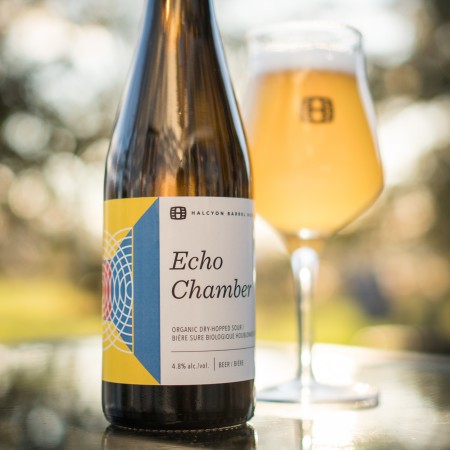 VANKLEEK HILL, ON – Halcyon Barrel House – an off-shoot of Beau’s All Natural Brewing dedicated to mixed fermentation and barrel aged beers – has announced wider distribution for a beer that debuted earlier this year.

Echo Chamber (4.8% abv) is a sour ale dry-hopped with Idaho 7, and described as follows:

Echo Chamber pours a hazy straw gold with a bit of foam. The aroma moves into citrus with faint grassy hay notes in the background. The beer is very tart to begin then gradually softens to balanced acidity. Fruity tang throughout adds to the refreshing nature of the beer. Echo Chamber finishes dry with a little bit of barrel tannin rounding out the finish.