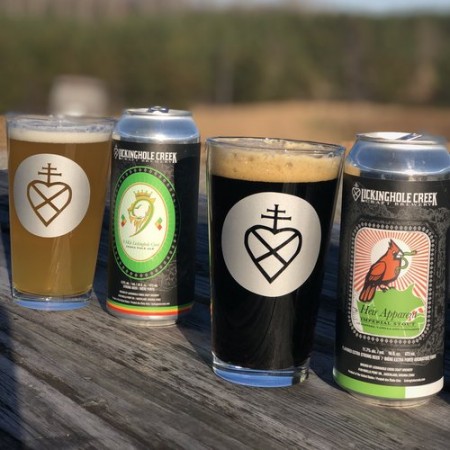 Based on a 290-acre farm in Goochland County, Lickinghole Creek is led by co-founder and CEO Lisa Pumphrey, and focuses on brewing “innovative, premium beers for beer lovers,” with many ingredients grown on the farm or sourced from other nearby suppliers.

Von Terra has brought in two brands that will be available at select LCBO stores in 473 ml cans on a year-round basis: Heir Apparent Imperial Stout (11.7% abv), a molé style stout made with Mexican spices; and 9 Mile IPA (6.5% abv), with a portion of the proceeds going towards bringing clean water to 9 Mile, Jamaica, the birthplace of Bob Marley (whose brother, Richard Marley, is a primary investor in the brewery).

In addition, select seasonal and limited edition beers will be brought into the province on a periodic basis, with the first of them – One Lion Imperial Stout (7% abv), a Jamaican style export stout that also benefits 9 Mile – available now in 750 ml bottles.

For availability details, see the product listings on the LCBO website.