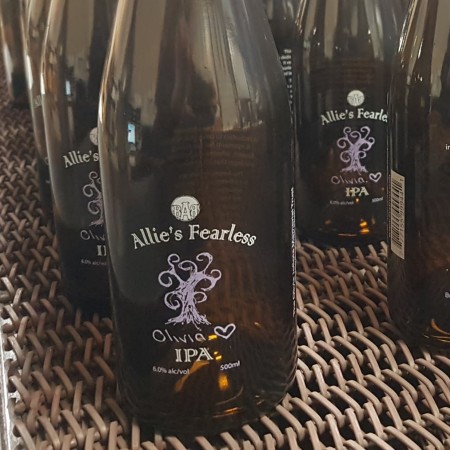 SOMERSET, NS – Bad Apple Brewhouse has announced the release of a new limited edition beer in support of a local school scholarship and charity fund.

The Olivia Jollota Memorial Trust was founded by the family of its namesake, a 15-year-old girl who passed away in 2012 during her final semester of Grade 9 at Prince Edward High School in Darmouth. The fund has been set up to provide post-secondary scholarships for graduating Prince Edward students, as well as donations to groups and charities that support people and animals in need.

To raise money for the Trust, Bad Apple has brewed Allie’s Fearless IPA (6% abv) – named after Olivia’s nickname – which is described as follows:

Allie’s Fearless IPA represents her fun loving, fearless, adventurous, spirited and larger than life personality. This American style IPA is a different soul from the reincarnated IPA style. Wet hops from GroupofSe7en give this IPA a big juicy, herbal, citric and fruity character. Light bodied with a mild bitter finish. Jeff Saunders [of Bad Apple] stated that the nose of the beer “was just like Five Alive” which is fitting as it was one of Olivia’s favourites.

Allie’s Fearless IPA has been released in a limited run of 400 custom screened 500 ml bottles, available at Bad Apple Brewhouse in in Somerset, as well as The Core by Bad Apple in Wolfville. It will also be on tap at select bars while supplies last.