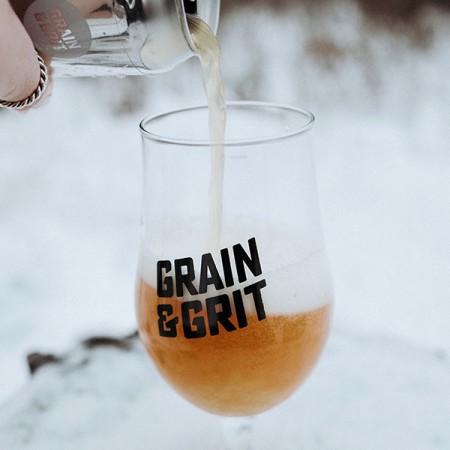 HAMILTON, ON – Grain & Grit Beer Co. has announced the release of three beers including a returning holiday favourite, a new version of one of the brewery’s original brands, and a variation on a popular sour ale.

White Winter Stout is a pale stout brewed with candy cane, cacao and oats that was originally available last December, and is now back as an annual seasonal.

Bob’s Best Bitter was brewer Alex Sporn’s favourite beer in Grain & Grit’s starting line-up, and he’s brought it back with a few improvements.

Raspberry Picker Berliner Weisse has the same base beer as the previously available Cherry Picker, but with a different fruit providing the flavouring.

White Winter Stout and Bob’s Best Bitter are available at the brewery now on draught and in cans, with Raspberry Picker joining them tomorrow (December 15th). A release event for the trio will take place at the brewery tomorrow from 7:00 to 9:00 PM, with live music by Christopher Clause.