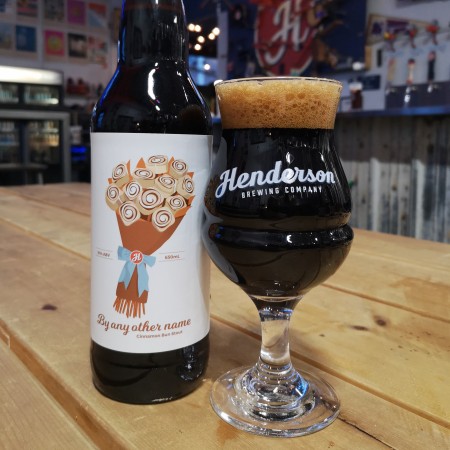 TORONTO, ON – Henderson Brewing has announced details of latest in its monthly Ides Series of limited edition beers, with this month’s release being a collaboration with a local specialist bakery.

By Any Other Name Cinnamon Bun Stout (10% abv) was developed together with Amy Rosen of Rosen’s Cinnamon Buns. It’s described as having “aromatic notes of vanilla and cinnamon, with roasty and warming flavour”, with Rosen adding that “pairing a stout with the sweet, cinnamon flavours of the buns for a December beer felt right.”

By Any Other Name is available starting today at Henderson in 650 ml bottles and on tap, with the official launch party at 6:00 PM featuring complimentary samples of the beer paired with cinnamon buns from Rosen’s.