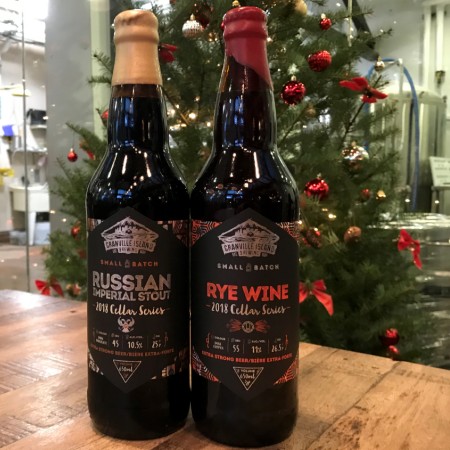 VANCOUVER, BC – Granville Island Brewing has announced two new releases in its Small Batch Cellar Series of limited edition beers that are suitable for cellar aging, although immediate consumption is equally encouraged.

Both beers are available in 650 ml bottles at the Granville Island retail store for a limited time.