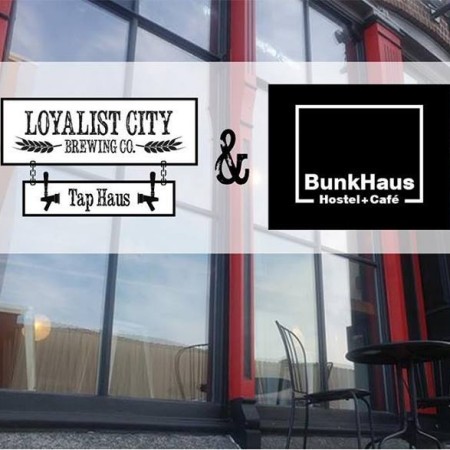 SAINT JOHN, NB – Loyalist City Brewing has announced that it has partnered with a nearby boutique hostel to open a taproom and café.

Open since last week, the bar currently has four Loyalist City beers on tap with more to come, as well as plans for guest taps. A selection of Loyalist City merchandise is also available to purchase.