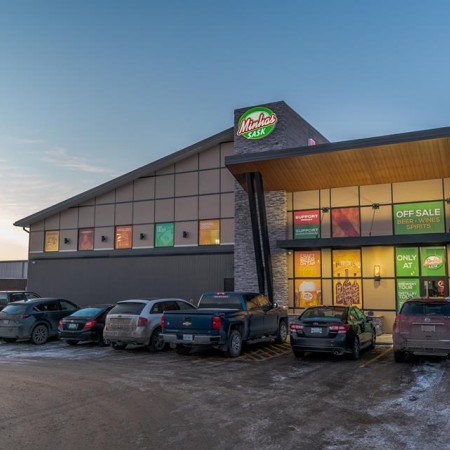 REGINA, SK – A recently opened alcohol producer and retailer in Regina has been accused of selling beer from other Saskatchewan breweries under its own name, a act contravenes the province’s liquor laws.

Minhas Sask is headed by Moni Minhas, a long-time entrepreneur who is also the father of Manjit and Ravinder Minhas, the owners of Minhas Breweries in Alberta and Wisconsin. It is currently producing wine and spirits in a facility in Regina, but does not have a licence for brewing beer in Saskatchewan.

The company opened a storefront and taproom last month, and had been selling Minhas-branded beer produced for them under contract. But according to media reports, that arrangement ended in a dispute, and subsequently an IPA from Rebellion Brewing that Minhas purchased from another bar was being poured last week from a Minhas-branded tap.

Rebellion owner Mark Heise told CBC News that he received an anonymous tip about the situation last Wednesday, and contacted Minhas to retrieve the kegs.

Global News reports that Heise distributed a letter to bars and restaurants that purchase beer from Rebellion, indicating that it is illegal under Saskatchewan Liquor and Gaming Authority regulations for licensees to resell beer to each other.

The letter also notes that Minhas has been selling mislabeled beer from “3 other local breweries, and potentially a 4th.” None of the others were identified by Heise, but an email leaked via Twitter shows that Minhas ordered six kegs each of Rebellion IPA, District Brewing West Coast Wheat, and District German Pilsner from the other bar.

Moni Minhas has acknowledged to CBC News that Rebellion’s beer was on tap without being identified as such, but said it was due to a delay in getting a proper tap handle label from a graphic designer.

He also told Global News that he understood it to be “perfectly legal” for Minhas to purchase Saskatchewan-brewed beer from other licensees, despite it being prohibited under SLGA regulations.

The SLGA has confirmed that it is looking into the complaints, and sent inspectors to the Minhas Sask facility last Thursday. It’s not known at this time how long the investigation will take and what the repercussions might be for Minhas.