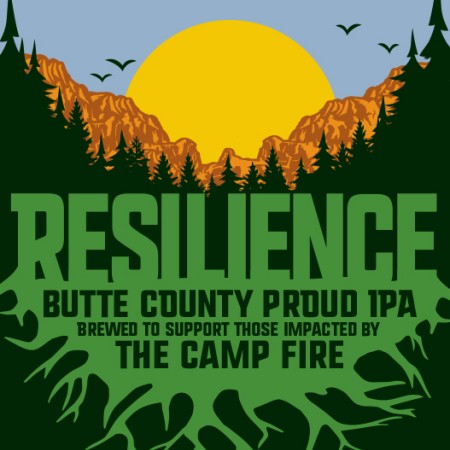 TORONTO, ON – Goose Island Brewhouse Toronto has announced that it is participating in an initiative to support those affected by November’s devastating Camp Fire in Northern California.

Resilience Butte County Proud IPA was announced last month by Sierra Nevada Brewing as a release to raise funds for the Sierra Nevada Camp Fire Relief Fund. In addition to brewing it themselves, Sierra Nevada made the recipe publicly available and issued an open letter to all breweries asking them to brew it as well.

In total, more than 1500 breweries across the U.S. and around the world signed on to participate, and all of them will be releasing their versions this week.

Goose Island Brewhouse Toronto will be putting its batch of Resilience on tap on Friday December 21st, and will be selling growlers for $13 and howlers for $8 (plus deposit) from its retail shop. All proceeds will be going to the Camp Fire Relief Fund.