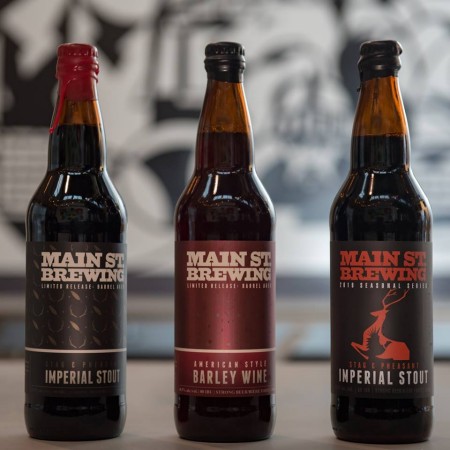 American Style Barley Wine has been aged for a year in 2nd use bourbon barrels, and is described as having “assertive bitterness with some residual sweetness, crystal Rye adds complexity.”

Stag & Pheasant Imperial Stout features “a combination of rich roasted malts, which give a deep, earthy taste, with interlacing chocolate, coffee, a touch of pine and hint of smoke.”

Barrel-Aged Stag & Pheasant Imperial Stout has been aged for a year in Buffalo Trace bourbon barrels, and has “notes of vanilla, smoke and pine.”