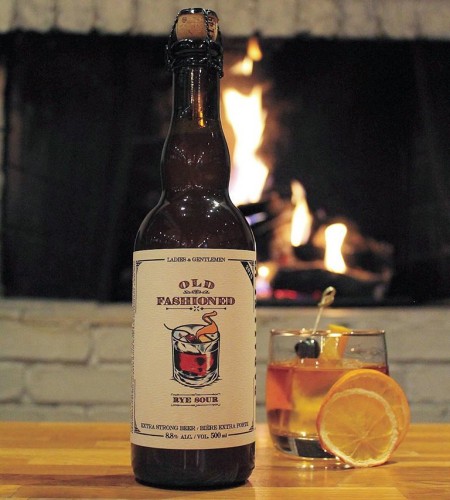 VANCOUVER, BC – Parallel 49 Brewing has announced details of the latest release in its Cork & Cage Series of limited edition barrel-aged beers.

This spicy and robust Rye Sour is our take on one of our favourite cocktails, the Old Fashioned. We fermented this small batch brew with a complex mixed-culture blend with over 20 different isolates and carefully aged it in Sagamore Spirit rye whiskey barrels for four months with the addition of sweet orange peel. This cocktail-inspired beer has notes of charred oak, cloves, cardamom, and vanilla, aromas of sweet orange peel and nutty rye, and is balanced with a moderate acidity and hints of bitter tannins.

Old Fashioned Rye Sour is available now in 500 ml bottles at Parallel 49, and soon at select private liquor stores in the province.