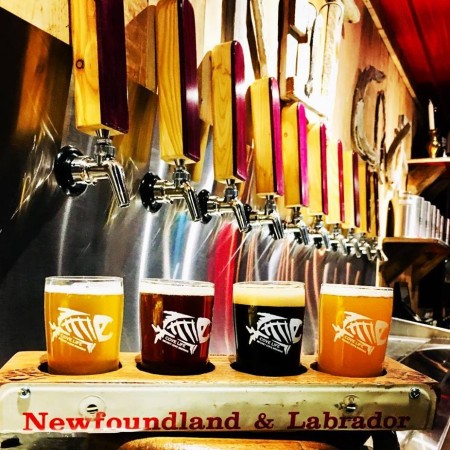 PORT AU PORT EAST, NL – The rapidly expanding craft brewing scene in Newfoundland will be growing again today with the opening of a new brewery in Port au Port East, a small town west of Stephenville.

Secret Cove Brewing has been founded by Jason Hynes and Sheila Dwyer, who were inspired to open a brewery after living in Nova Scotia for several years and watching the growth of the industry there.

Named after a nearby cove on the Port Au Port Peninsula, the brewery and taproom is launching with four beers available including James Blonde 00709, Malt Water Joys, When in Stout, and Hard Case in your Face DIPA.

Secret Cove Brewing is located at 92-96 Main Street in Port au Port East. Business hours for the next few days will be 4:00 PM to 10:00 PM today and tomorrow, and 4:00 PM to 11:00 PM Friday and Saturday. For further details, see the brewery’s Facebook page.