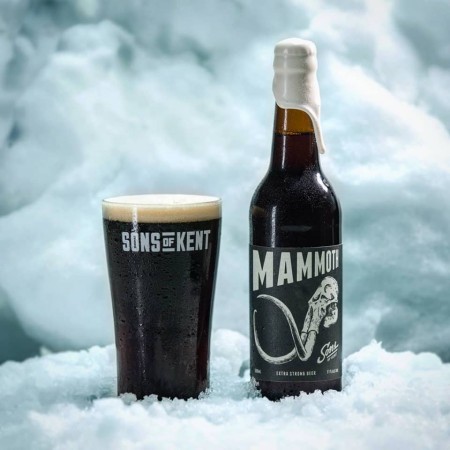 CHATHAM, ON – Sons of Kent Brewing has announced the release of a new limited edition strong ale coming out just in time for the holidays.

Mammoth (11% abv) is described as follows:

Imperial Stout aged in Jack Daniels barrels. Jet black in colour with a creamy, thick head. Aromas of chocolate, bourbon, oak, and vanilla with a rich, well balanced finish that is deceivingly smooth.

Mammoth will be released tomorrow (December 20th) at Sons of Kent in a limited run of 650 ml bottles.