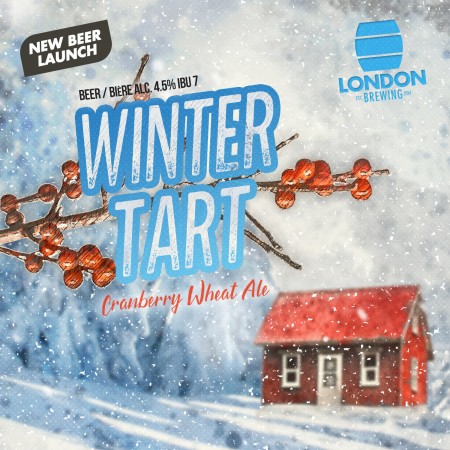 LONDON, ON – London Brewing has announced details of four limited edition beers that are available now for the holidays.

The quartet of seasonal offerings is described as follows:

Downtown Coconut Brown is a nut brown ale, infused with toasted organic coconut. The aroma alone conjures up images of a tropical beach – the perfect respite from our chilly winter season. The Spelt Sour is part of the popular Resolution series, a kettle sour with a rich panorama of flavours. The darkly delicious Bad Moon Ryezen, a rye hefe-weizen, takes a traditional German wheat recipe and punches it up with a unique local rye flavour. The Winter Tart is sure to sparkle your festive celebrations with its playful blend of sour and tart cranberries.

All four beers are available now at the brewery in a 4 x 650 ml Holiday Mixer pack for $19.95, as well as in individual bottles, while supplies last.