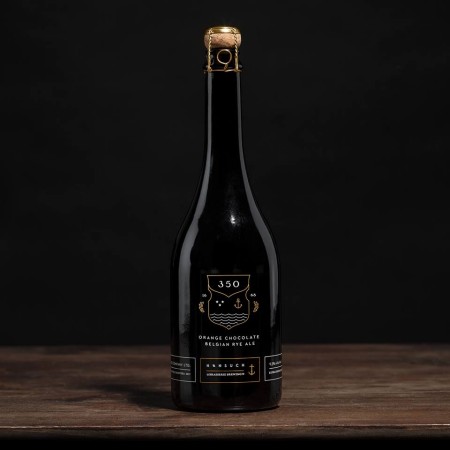 WINNIPEG, MB – Nonsuch Brewing has announced the release of a new beer that pays tribute to the historic ship that inspired the name of the brewery.

350 years ago, 13 explorers boarded a small ship in London and sailed across the Atlantic in search of a trade route. When they returned 15 months later, the Nonsuch and her crew demonstrated the feasibility of an international fur trade, shaping Manitoba and Canada’s history.

350 went on tap at Nonsuch yesterday, and a limited run of 750 ml corked-and-caged bottles was released today exclusively at the brewery and the Quality Inn Craft Beer Market.