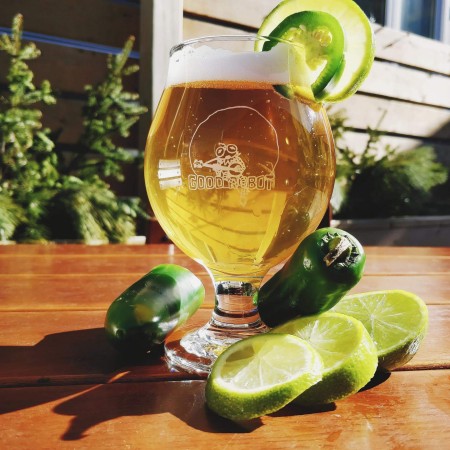 HALIFAX, NS – Good Robot Brewing has announced that one of its beers will soon be available NSLC stores throughout the province for the first time.

El Espinazo del Diablo Mexican Lager (5.7% abv, 14 IBU) is the brewery’s inaugural listing at the government-run retail chain, and is described as follows:

Easily our most refreshing beer and our best-selling beer for the past 2 years, this crowd-pleasing International Pale Lager comes with fresh lime zest and a subtle jalapeño finish. The grain bill is simple: Vienna and 2-row, combined with a perfectly reasonable amount of flaked corn. Tettnang is the only hop, but fear not hop-heads: it balances the malt and plays very nicely with the lime and pepper.

El Espinazo del Diablo will be available in 473 ml cans at select NSLC stores starting next week. For availability details, see the listing on the NSLC website.