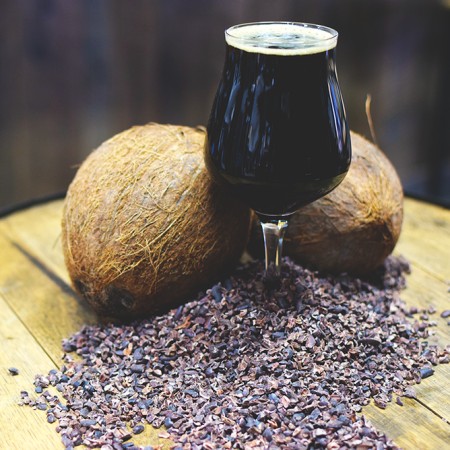 BURLINGTON, ON – Nickel Brook Brewing has announced that the latest variant in its Bastard series of Imperial Stouts will be released later this week.

Kontiki Bastard is a Bourbon Barrel-Aged Russian Imperial Stout with Toasted Coconut and Cacao Nibs, and is further described as follows:

Jet black like the Ace of Spades, the aroma is a melange of delightful bourbon with shaves of roasted coconut and cocoa, like a dive into Willy Wonka’s chocolate river. On the sip, a velvety cloak of nutty chocolate richness that will have you thinking you accidentally melted a Mounds bar in a snifter of whiskey. The perfect accompaniment for a thick slice of double fudge cake topped with honeycomb ice cream.

Kontiki Bastard will be released this Friday January 11th exclusively at the Nickel Brook taproom and bottle shop, where it will be available while supplies last.