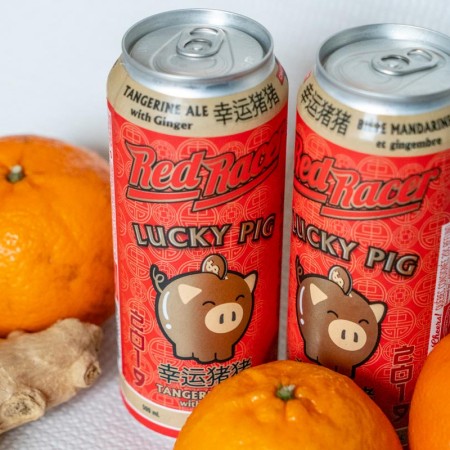 SURREY, BC – Central City Brewers has announced the release of a new collaboration between its Red Racer Beer brand and Hong Kong Beer Co. in honour of the upcoming Year of the Pig.

Tangerine and ginger puree add a fruity-spice combo to this blonde ale, while Hefeweizen yeast adds another layer of complexity to this refreshing, fruit-forward ale.

Lucky Pig will be available in 500 ml cans at all Red Racer and Central City locations, as well as BC Liquor and select private stores in British Columbia. It will also be distributed to beer retailers in Alberta, Manitoba, New Brunswick, and Newfoundland & Labrador, and will be available at Hong Kong Beer Co. in Hong Kong in time for Chinese New Year on February 5th.